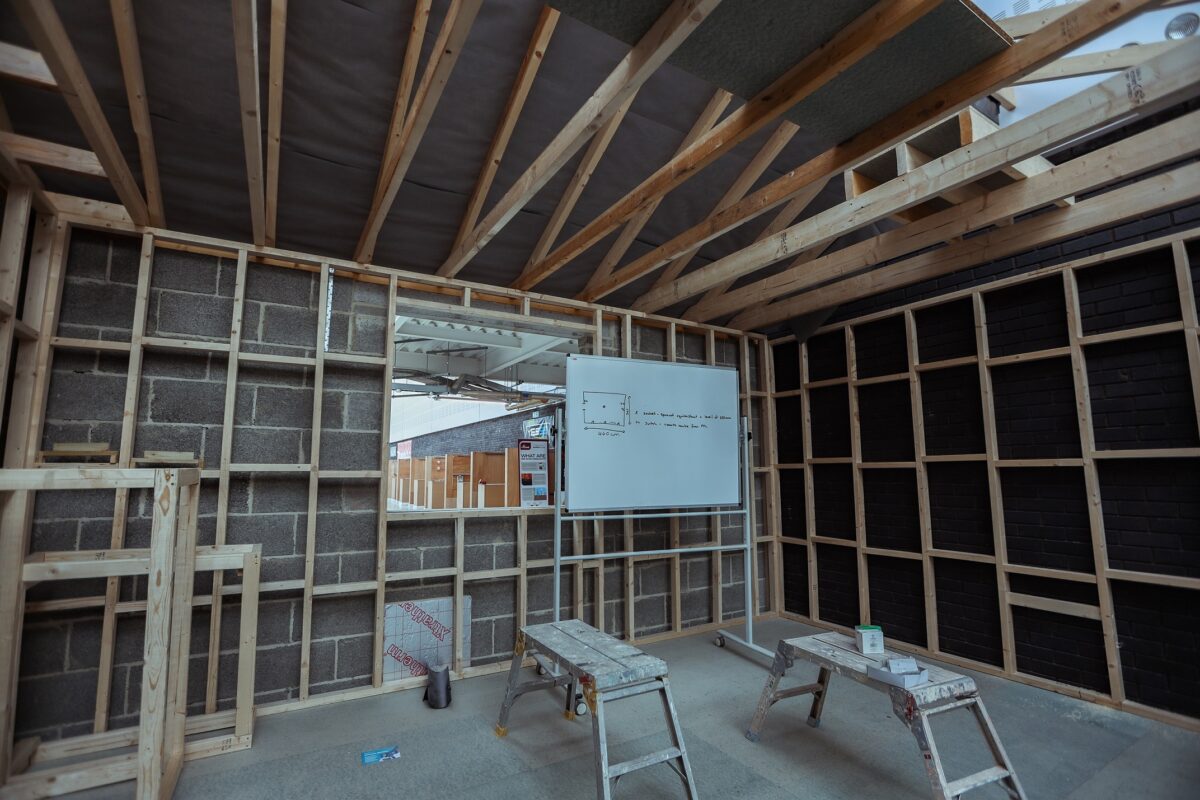 Leading lighting designer and manufacturer Ansell Lighting has joined forces with Bradford College to support the building of a house for electrical installation students to practice on.

The house, or Active Learning Area, has been built in the atrium of the leading West Yorkshire college and worked on by City & Guilds Level 1 and 2 students from a range of building services and construction courses, including electrical installation, plumbing, bricklaying and joinery.

Ansell has sponsored the project, which has been named the Ansell Lighting Academy, and provided Prism Pro CCT Fire Rated Downlights for use in the kitchen and bathroom areas, as well as floodlighting, a mini floodbox and exterior wall lights.

Electrical students will be wiring the lighting and power while the plumbing students will be piping the services and radiators. The house has also been ‘futureproofed’ so it can be re-used each year for new students to get active practice.

Ansell’s products are also being used in a series of bays for student assessments and the college hopes to build a two-storey house in another part of the atrium to create one of the largest Active Learning Areas in the country.

Adam Brough, Team Leader in Electrical Installation, Plumbing and Gas at Bradford College, said: “Having a real building to practice on is invaluable for our students – instead of their practical work being restricted to boards.

“A member of the Ansell tech team came into college earlier in the year as part of a Sparks Magazine Meet-the-Lecturer day and was delighted to get on board with this project. Having the support of Ansell, and AICO who have also provided some smoke detection products, has allowed us to take this project to the next level, with students getting a feel for the sort of work they will be doing when they leave college.”