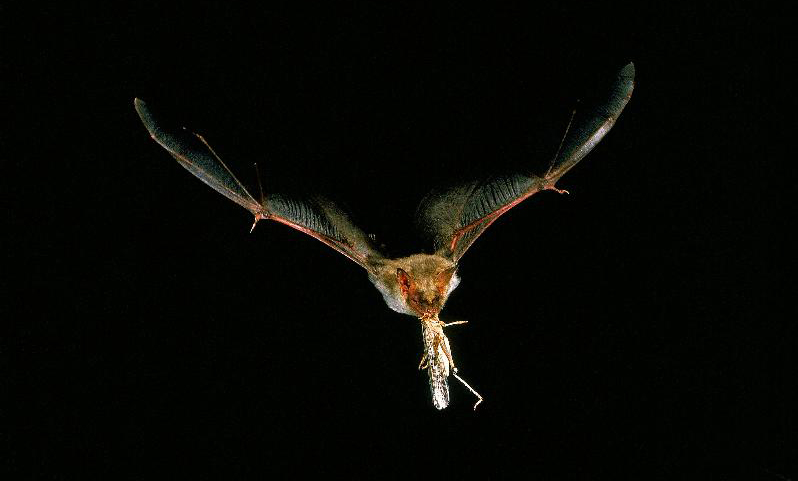 Artificial exterior lighting can have a detrimental impact on bats which might be roosting in or near a dwelling. These nocturnal creatures are a protected species and subject to stringent legislation. Paul Davidson, Technical Consultant for Ansell Lighting, explains the steps you should take to safeguard the bat population – and avoid potentially hefty penalties for disturbing their roost.

The number of homes being built in rural areas is on the increase, fuelled by the response to the national housing crisis and the influx of people in search of the perfect conversion project.

The ‘holiday home invasion’ and the need for affordable rural housing have been topics of heated debate in Wales for decades. Meanwhile in England, The Department for Environment, Food and Rural Affairs (Defra) reports that the percentage of local authority and Housing Association dwellings built in rural areas outnumbered that in urban areas during 2019/2020, while the Local Government Association reports an almost 225% increase in the conversion of agricultural buildings into homes, under permitted development rights, over the past five years.

These developments inevitably bring about an increase in artificial exterior lighting, for security as an obvious example, and that can have a damaging effect on local bat populations.

Bats do not construct their own roosts and often seek shelter in nooks and crannies such as the windowsills, soffits, gable ends or ridge tiles of buildings.

Their peak feeding time is soon after dusk when, as anybody who has spent a summer evening in the garden knows, nocturnal insects come out in force. Many species are known to sample the light levels before emerging from their roost, and only emerge to hunt when the light intensity outside reaches a critical level after sunset.

If their roost, access path or flight line is bathed in light, this can delay their emergence to hunt and significantly reduce the critical feeding period. Well illuminated areas also draw insects away from darker areas, which can further impede the light-avoiding bats’ access to food.

The potential negative consequences for bat health are obvious and, at worst, light disruption can force them to abandon their roost. No environmentally responsible person would wish this on a creature. However, bats are classified as a protected species under various pieces of legislation, including the Wildlife and Countryside Act (1981) and this can have serious implications where lighting schemes are concerned.

In addition to severe penalties for killing, injuring or trading wild bats, you are also deemed to have committed a criminal offence, as summarised by the Bat Conservation Trust (BCT), if you:

This is no ‘light touch’ legislation – in December last year the housebuilder Bellway Homes was fined £600,000 for carrying out demolition work on a site where bats were known to roost. Note that a lack of intent is also considered no defence.

So, the potential impact on bats and their habitat must be a central consideration when planning outdoor lighting, in any location, rural or urban.

For residential homes, with the exception of Listed Buildings, the installation of lighting generally requires no planning application and the type and location of illuminating equipment is wholly dependent on the requirements of the householder.

However the illumination should stay within the confines of the property and it is important to note that the protected species legislation is still applicable.

While householders are responsible for organising a bat survey if the creatures are known or suspected of roosting in the vicinity, a lighting contractor or installer who damages or disturbs a roost is deemed equally liable, so it is wise to proceed with caution.

Natural England, the Countryside Council for Wales, Scottish Natural Heritage or the Environment and Heritage Service of Northern Ireland can all provide valuable advice and guidance on the proposed siting of lighting equipment before installation. Where illumination is necessary, for example for public safety, a bat survey will document roost locations and exits, foraging sites, commuting routes and potential alternative routes, and evaluate the impact of a proposed installation on bats’ habitats and behaviour.

Key considerations to ensure artificial light does not impact on the bat population include:

Lighting projects in rural areas must be designed and installed with extreme care. Specialists such as Ansell Lighting can play a key role in ensuring that projects are designed to provide the right light, in the right place, at the right time and with the right level of applied control. Employing advanced smart lighting solutions which offer one-touch programming and pinpoint timing, can also remove the pressure of protecting bat populations from light pollution.

Bat protection groups are extremely diligent – the producers of I’m a Celebrity Get Me Out of Here had to take enormous precautions not to disturb three species inhabiting nearby ruins and woodland while filming at Gwrych Castle for this year’s television show.

They might not be one of the best loved animals but bats are one of the most stringently protected species. Ignoring them could cost a contractor dear.