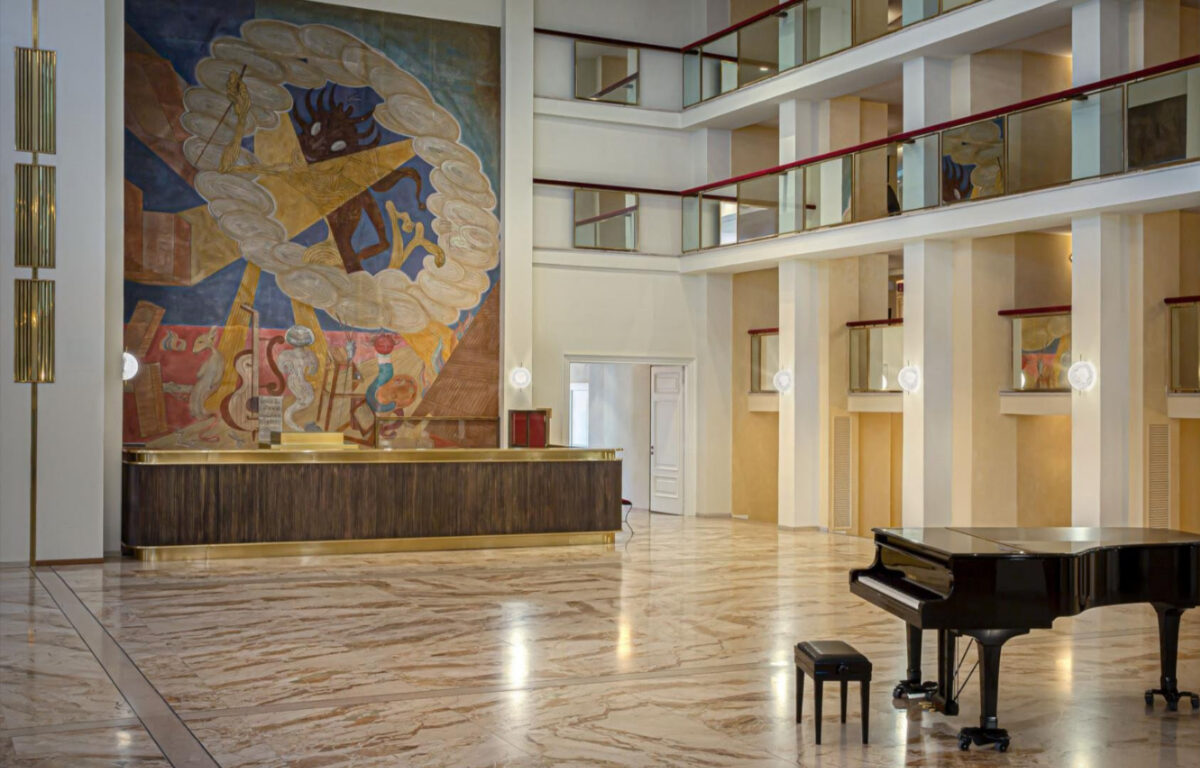 The renovation work that began in 2019 on the historical Donizetti Theatre in Bergamo – which takes its name from the world-famous composer native to the city – has now been completed. With a history stretching back over more than two centuries, the Theatre is a prestigious, lively centre of culture and social life for Bergamo, thanks to the numerous events organised over the years. 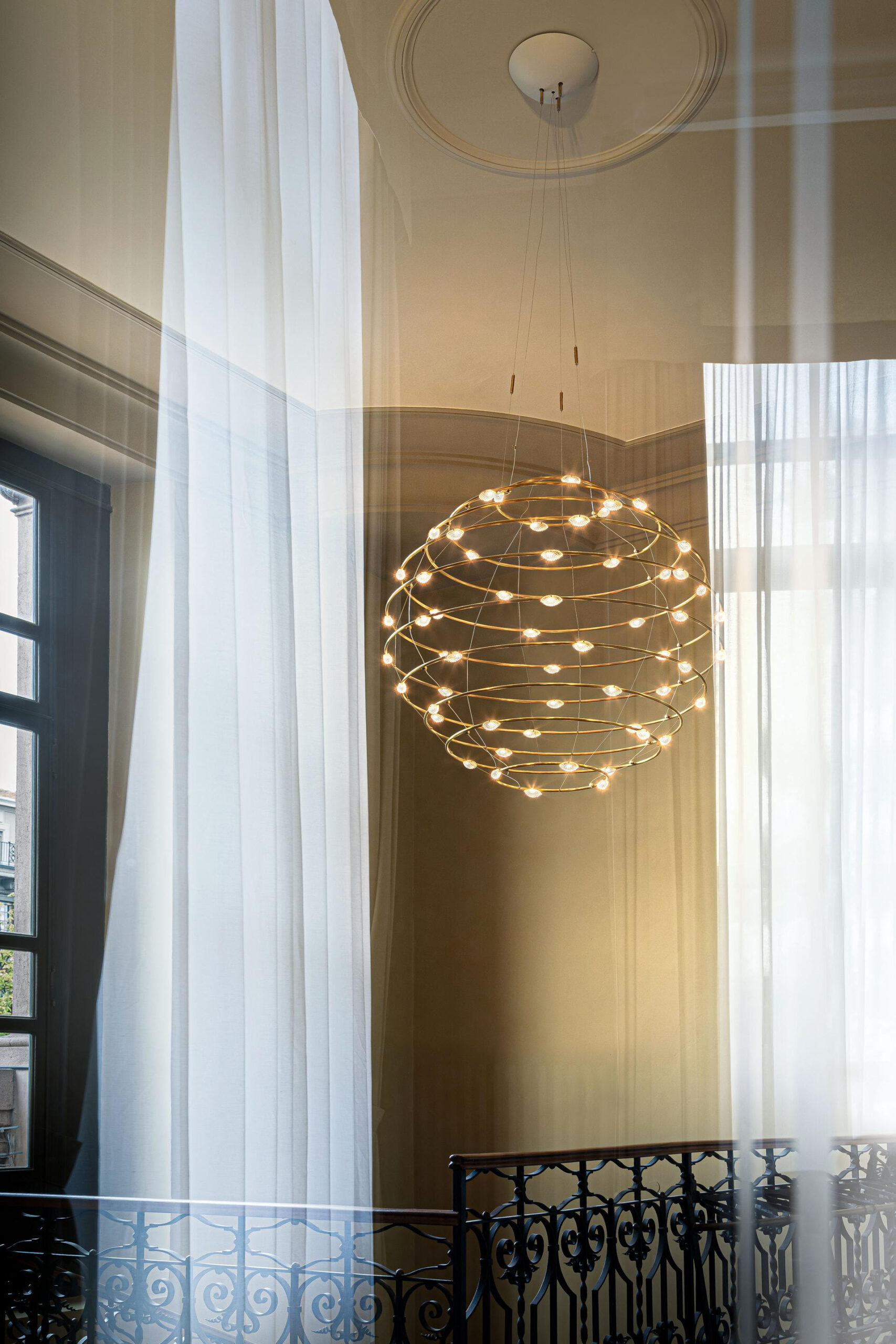 The complex renovation and restoration project involved the functional renovation of all the boxes, the ceiling of the stalls and the foyer, as well as the reorganisation and reconstruction of a number of areas, such as the room for the orchestra in the area beneath the stalls, the orchestra pit, the dressing rooms, the ticket office, the bars, the offices in the west wing, the rehearsal rooms and the areas reserved for catering and activities for the public. The decorative elements were also subjected to restoration of a mainly conservative nature, consisting of cleaning and retouching the paintings on the ceilings and walls.

As for the exterior of the building, the redevelopment project regarded the main façade, the sides and the scenic tower. For all the sections, the materials used were chosen with a view to guaranteeing continuity with the original structure, not only in order to preserve the architectural elements, but also to transmit a sign of innovation and technology to the new appearance of the Theatre.

In this scenario, Catellani & Smith was chosen to provide the lighting for part of the renovation project, with creations immediately visible right from the large foyer of the theatre, featuring a large, spectacular frescoed wall, where a series of Medousê W hemispheres – in transparent glass and with a deliberately uneven surface – have been installed in sequence on the columns.

On the upper floor, and visible from the outside through the large windows of the building, which look out onto the city’s famous “Sentierone” tree-lined avenue, visitors can admire the 56 Petits Bijoux and Macchina della Luce ceiling lamps, two models with a striking visual impact that blend beautifully into the splendour of the setting. 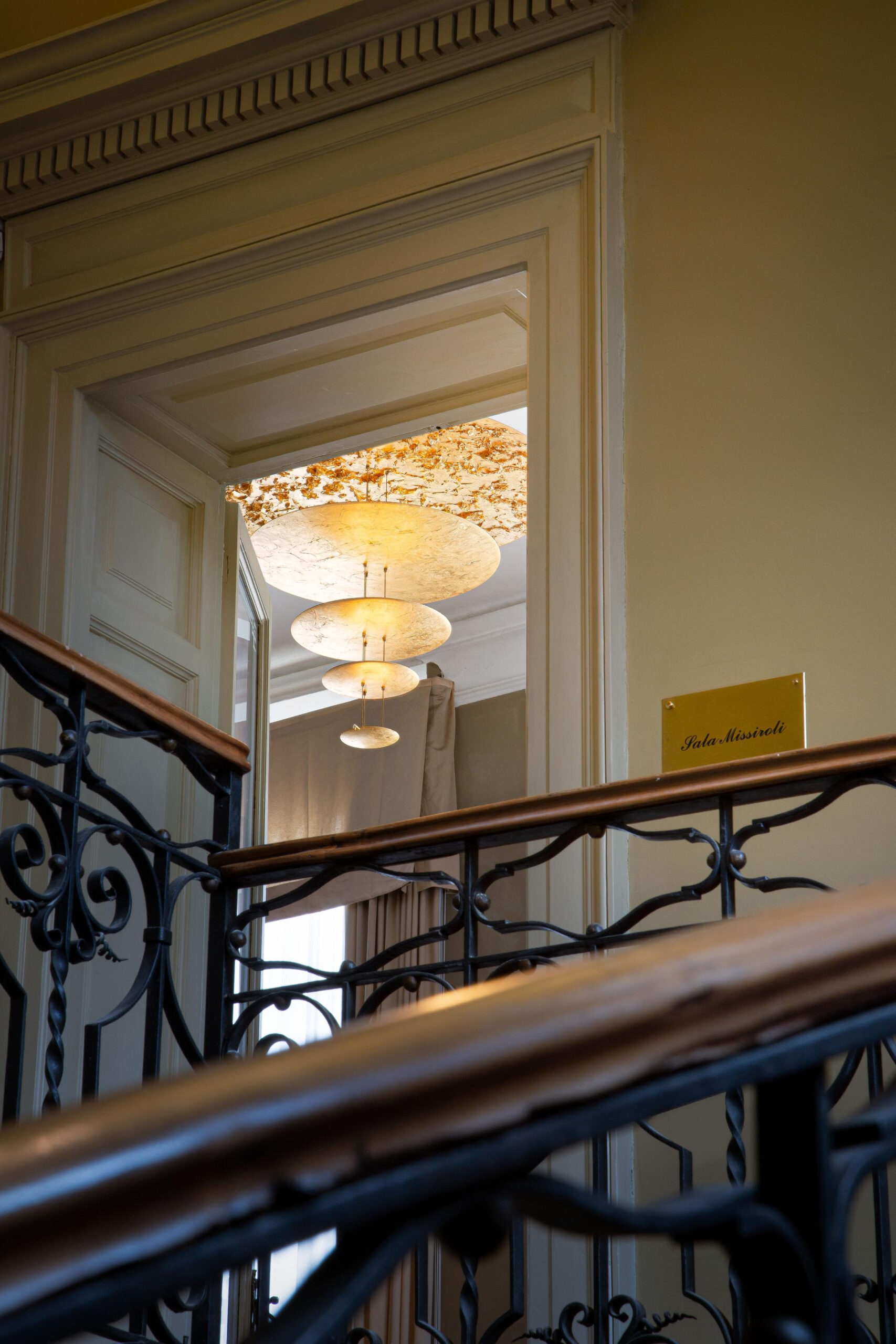 Installed in the space immediately adjacent to the music rooms, the 56 Petits Bijoux lamps are composed of a lightweight structure, shaped by a composition of brass circles with different dimensions. Supporting each other with slender cables, the circles create the sensation of a lamp floating, suspended and free, in the space that occupies the large hall. Like little guardians of the light, transparent covers positioned on the circles enclose high light efficiency LED lights producing a total of 8008 lumen.

Two elegant Macchina della Luce lamps, composed of disks of different diameters covered in gold-coloured leaf, are featured in the Missiroli Hall, filling it with their golden light.

Finally, the modern lines of a Lederam C180, installed on the ceiling of one of the halls in the Donizetti Theatre, enhance the splendid frescoes depicting floral motifs and female figures, striking an interesting contrast with the purple walls.

The gold-coloured leaf that covers the circular screen of Lederam C180 creates a sense of continuity with the golden ceiling, as does the satin rod that supports the swivelling disk that contains a COB LED module.