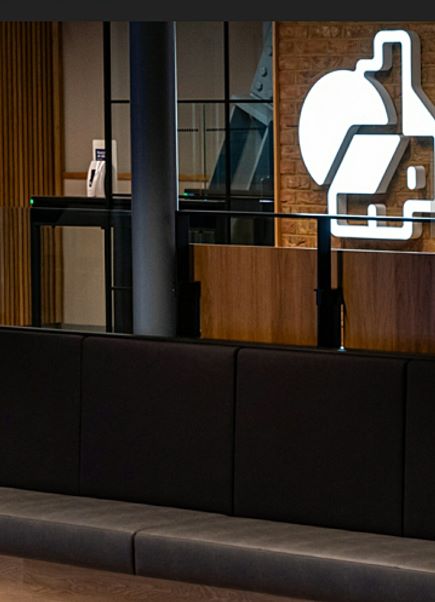 Situated in Holborn, central London, The Post Building is a post-industrial building of epic scale and volume. It presents 33,000 sq ft of flagship retail, restaurant and gallery space across 135 metres of prominent double-height frontage within a mixed-use scheme. It also includes 263,000 sq ft of office space, 88,000 sq ft of which is home to Nationwide Building Society colleagues based in London.

Working with consultants ISG Ltd and contractor, Arthur McKay, Dextra provided the lighting design and products as part of Nationwide’s requirement for an innovative, flexible and modern workspace across four-floors of The Post Building. Dextra also worked on Nationwide’s Ramsbury House in Swindon.

A selection of Dextra Lighting and LEDextra products were used on this project.

Runway Continuous Surface/Suspended were used around the whiteboard areas and the COMTEC LED surface lights were installed in the lobby ceilings. Chosen for its excellent performance, the Impervia LED was installed in the kitchen areas. Emergency exit signs included HBE LEDs. All fittings were DALI compatible.

To edge-light feature walls as part of the refurbishment, Glide Minis were installed to make good use of the product’s narrow beam lenses, physical aesthetic and high lumen performance. 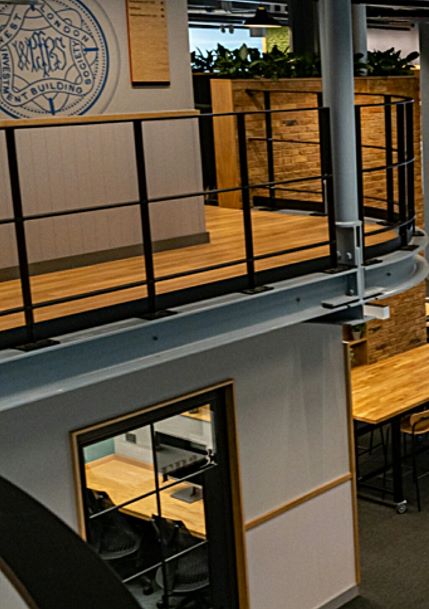 They were supplied with DALI drivers for this project and were customised to suit the black exposed ceiling environment. As a result, the outside on the exterior housing was powder coated matt black. The Glide Mini was chosen because other competitor products could not meet its lumen output or build quality as well as the fact that at only 35mm x 35mm cross section, they could be positioned discreetly.

Alongside this, the Glide Power was used for its linear design, extremely high performance, tight beam angle and the fact it’s the highest lensed linear product on the market. The Glide Power is a wall washing solution with one of the highest lumen outputs available, which was used to great effect by edge-lighting the walls and spotlighting task areas. Again, this was customised with colour to suit the black exposed ceiling environment. The outside on the exterior housing was also powder coated in matt black.