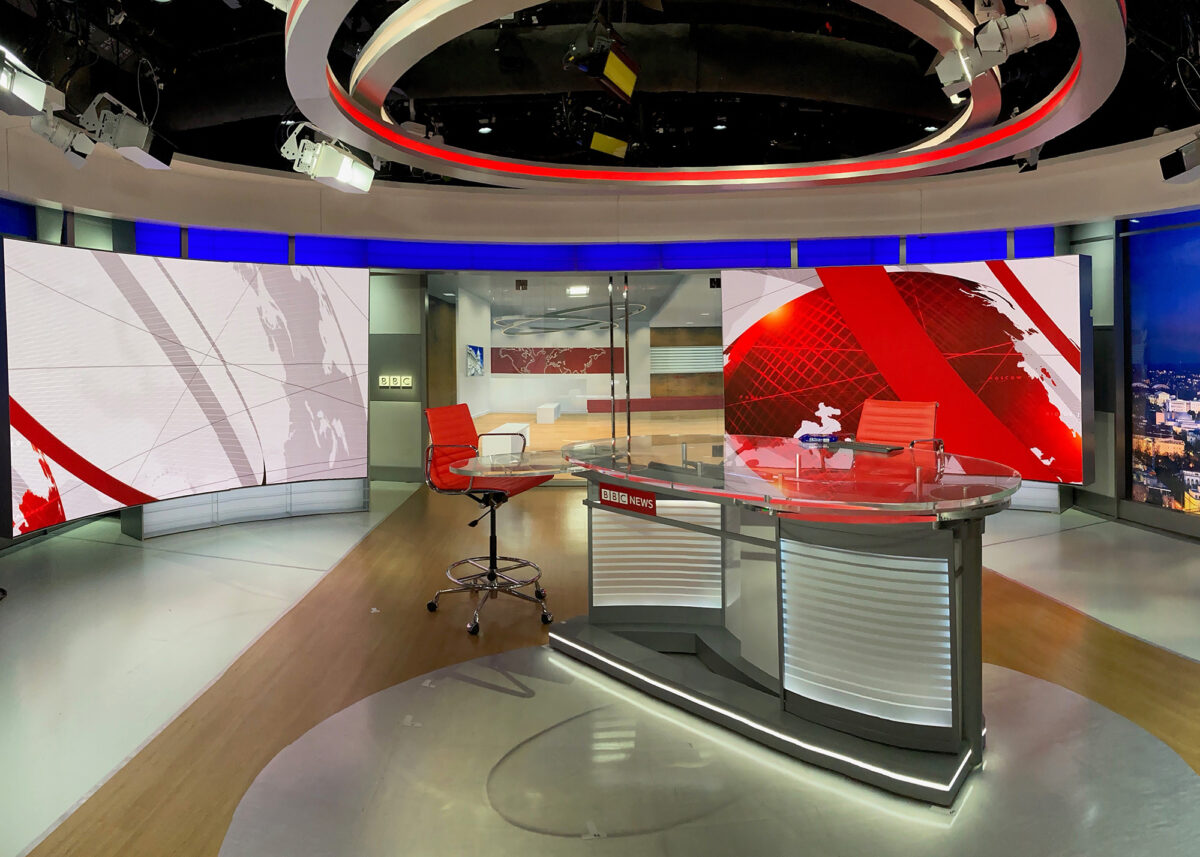 Eastern Lighting Design worked closely with award-winning (broadcast) production design firm Clickspring Design (out of New York City) to create a slick studio environment. The studio is a small space and the challenge was to create a clean and sleek design while giving BBC as much lighting flexibility as possible. While the entire studio was gutted and re-built, the lighting had to fit into the existing power load footprint.

BBC World News America required a flexible space to work within. Specific blocking was created at the news desk that can shift as the season progresses.

“The Studio Force Phosphor™ creates a wonderfully soft base. This provides the presenters with a flexible environment to move around in. This is the starting point for anything the BBC needs to do within the studio.” Explains Matt Gordon. “The Studio Force II™ adds a secondary layer. This fixture has more direction and control and can highlight specific areas including, the anchors and guests within the base. Combining both types of fixtures was ideal as they have identical form factors that lends well to the small size of the studio. These fixtures blend into the set if they are seen in a wide shot from the camera.”

The project took a little longer than anticipated starting in early March and wrapping up in early August. BBC News America was able to host its first live broadcast on Monday, August 17, 2020, in its newly designed studio.

“We are a long-time user of Chroma-Q®’s studio lighting fixtures. We have had a lot of success with the fixtures and they are always reliable. The quiet operation from the fans and low power consumption make Chroma-Q®’s fixtures ideal for the studio environment.” Remarks Matt Gordon.