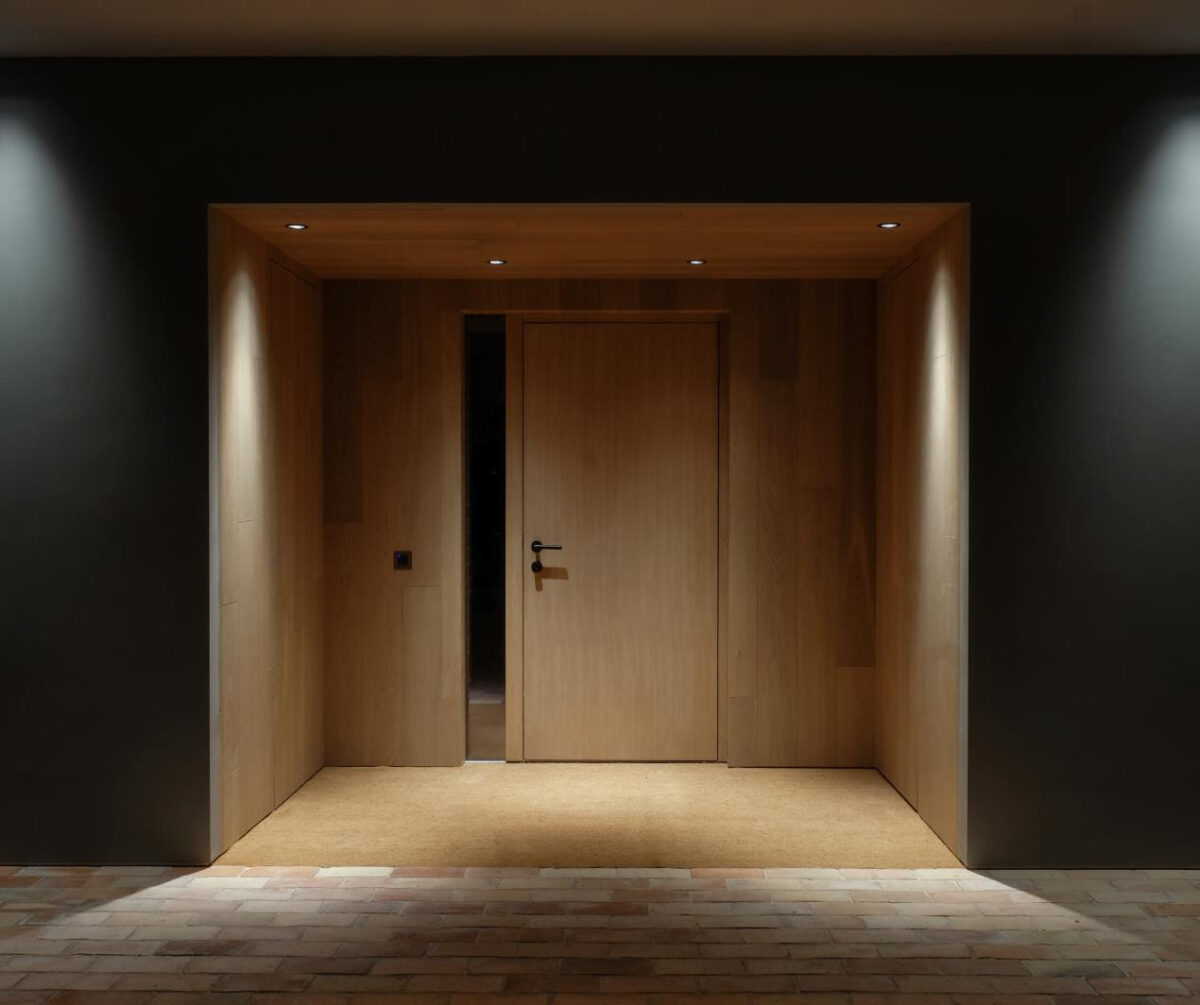 Rako goes behind the wall

An old kitchen garden on a Georgian country house estate near Exeter in Devon has been totally transformed into a beautiful new home that hints to the past whilst being firmly of the present thanks in no small part to an innovative, contemporary lighting scheme controlled by Rako. 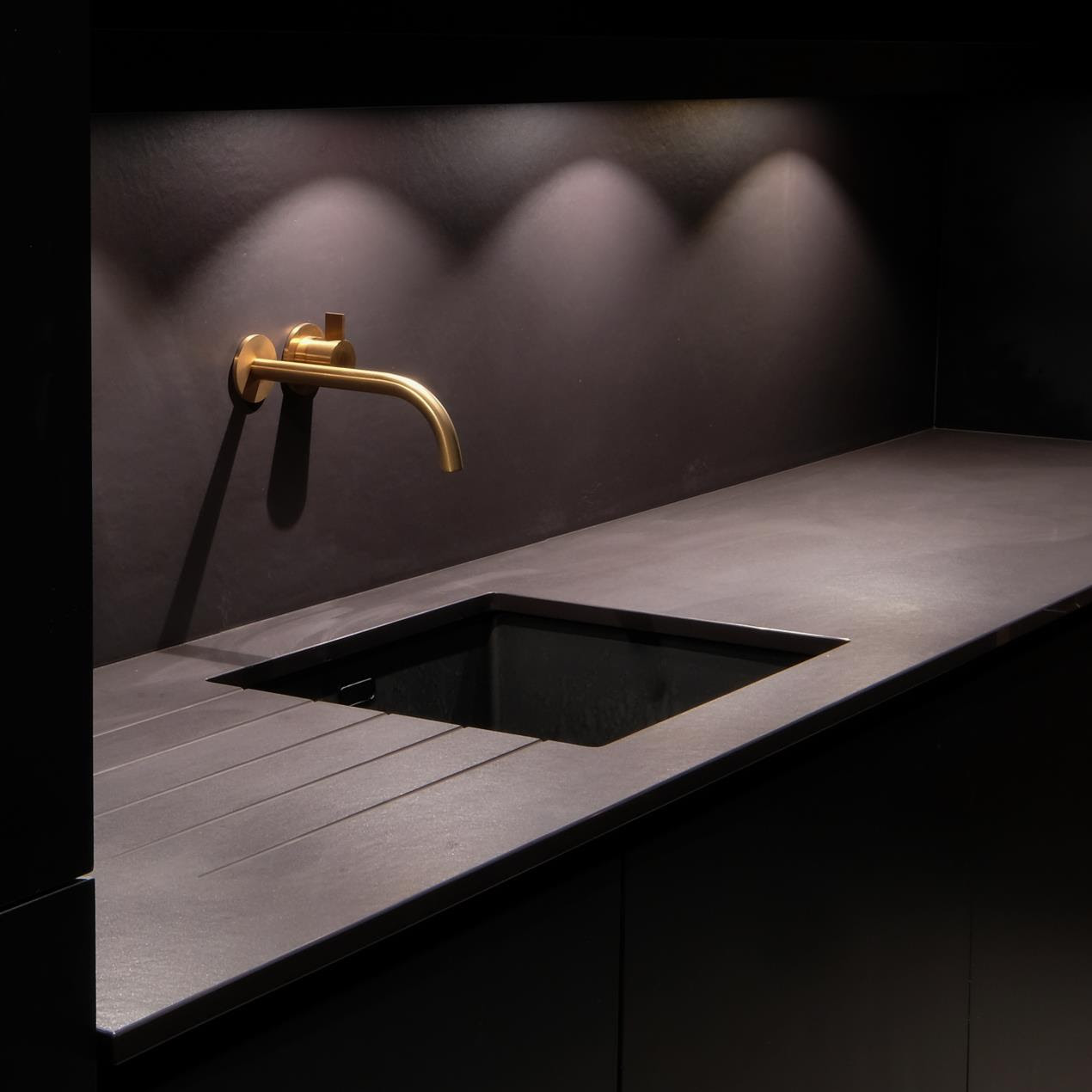 McLean Quinlan architects, based in Winchester, were selected by the homeowners for the design and build of the new property as well as for its interior and lighting design. The company’s design has been influenced by a 200-year-old high brick wall which surrounds the garden and offers a calm and relaxing space for its occupants. From the front of the house, visitors are greeted by a simple brick design that complements the original kitchen garden wall. Behind this, and hidden from the views at the front, is a dark grey rendered building which is visually striking compared to the traditional brick. This is not the end of the hidden treasures. The house is built around a central glass roofed courtyard which works as a gorgeous all year garden as well as flooding the interior spaces with natural light.

To complement the natural light and stay in keeping with the elegant simplicity of its design, the house features discrete lighting fixtures that can be controlled by Rako lighting control.

“We chose a wired solution as we were having an internet backbone installed in the house and this seemed like the more reliable approach, but we also knew that we could integrate wireless extras later if we wanted,” comments Nigel Dutt, the homeowner. “The Rako system could do everything we needed and we also wanted to support a UK manufacturer. Rako was also flexible in letting us select which fascia plates we wanted, which was important for the interior design.”

The Rako set up for this property contains a number of wired RAK8-MB motherboards, which form a centrally located dimming system. The RAK-LINK has also been installed as the interface between the RAK dimmers and the keypads, with a power supply for wired CAT5 products. For the keypads, the homeowner selected the WCM-100 hard wired, 10 button control modules and Rako was able to offer a customised alternative to the homeowner by using its precision tool to punch slots into third party plates so they would perfectly align with the Rako keypads and at the same time match other electrical sockets and accessories at the property. The result is an attractive, contemporary finish perfectly aligned to the elegant interior design.

This project also includes the WM-CUB Twin relay control card module for motorised curtain, screen, blind RAK8 as well as the WTC-Bridge which will interface with Rako wireless or wired dimmers with ethernet, iPhone, or Android link. The WK-HUB network interface provides a link between wired and wireless networks. It also enables a Rako system to be integrated with third party cloud services via a my.rakocontrols.com account including Amazon Alexa, Google Home, Apple Homekit and Sonos integration. To allow simple commissioning and programming of the Rako system, the RASOFT Pro software enables advanced features to be accessed on a Rako system.

Nigel continues, “Our architects carefully designed the lighting, so it is great to be able to match the scenes exactly to what we want and being able to control things remotely when we are away is also a bonus. Because of our software know-how, we are able to do some of the configuration via RASOFT Pro ourselves. This is not necessarily available to users with other systems, which require an expert to be called out. We do like the level of control over use and configuration that we get with Rako and we’ve also had great support when we needed it.”