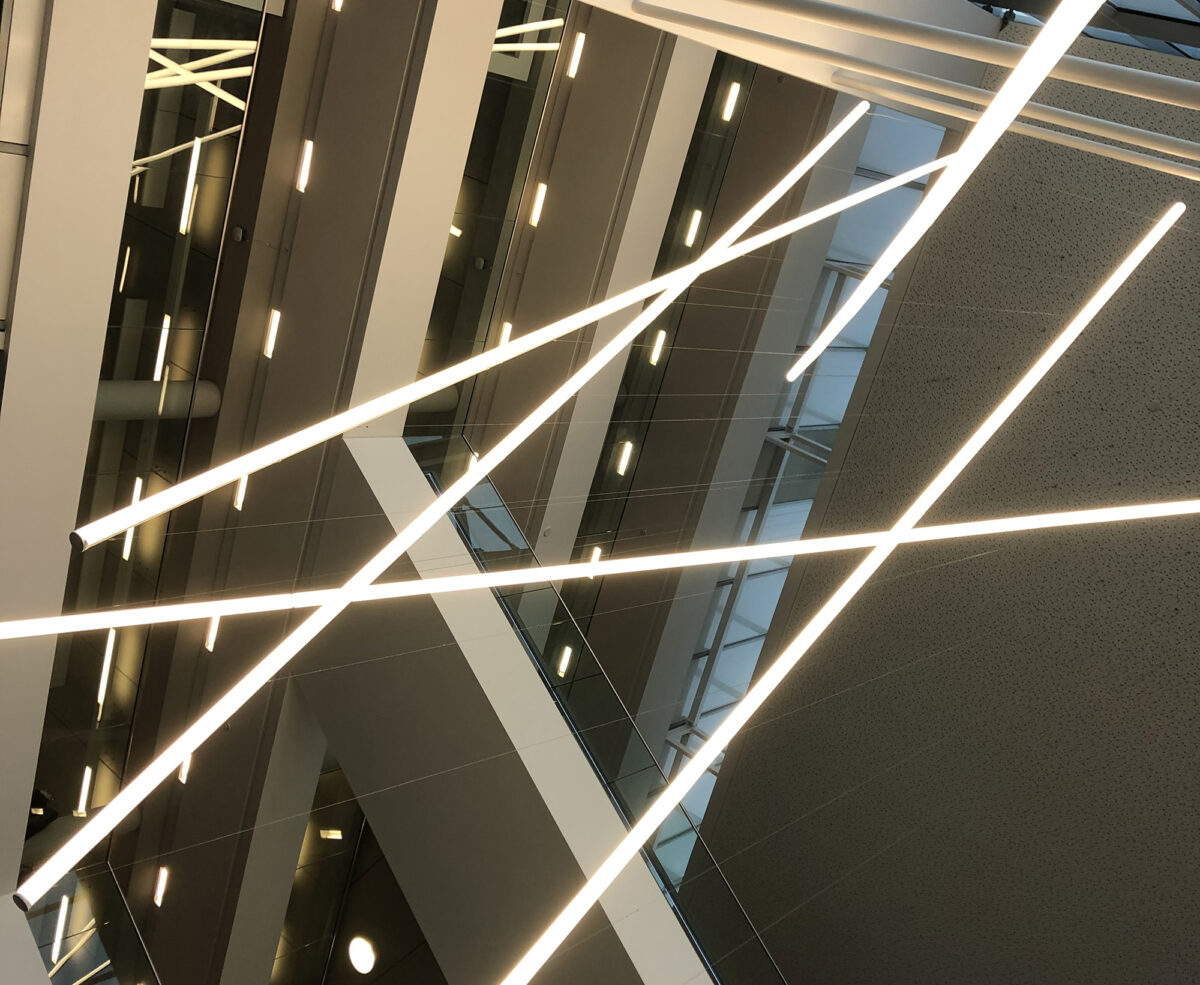 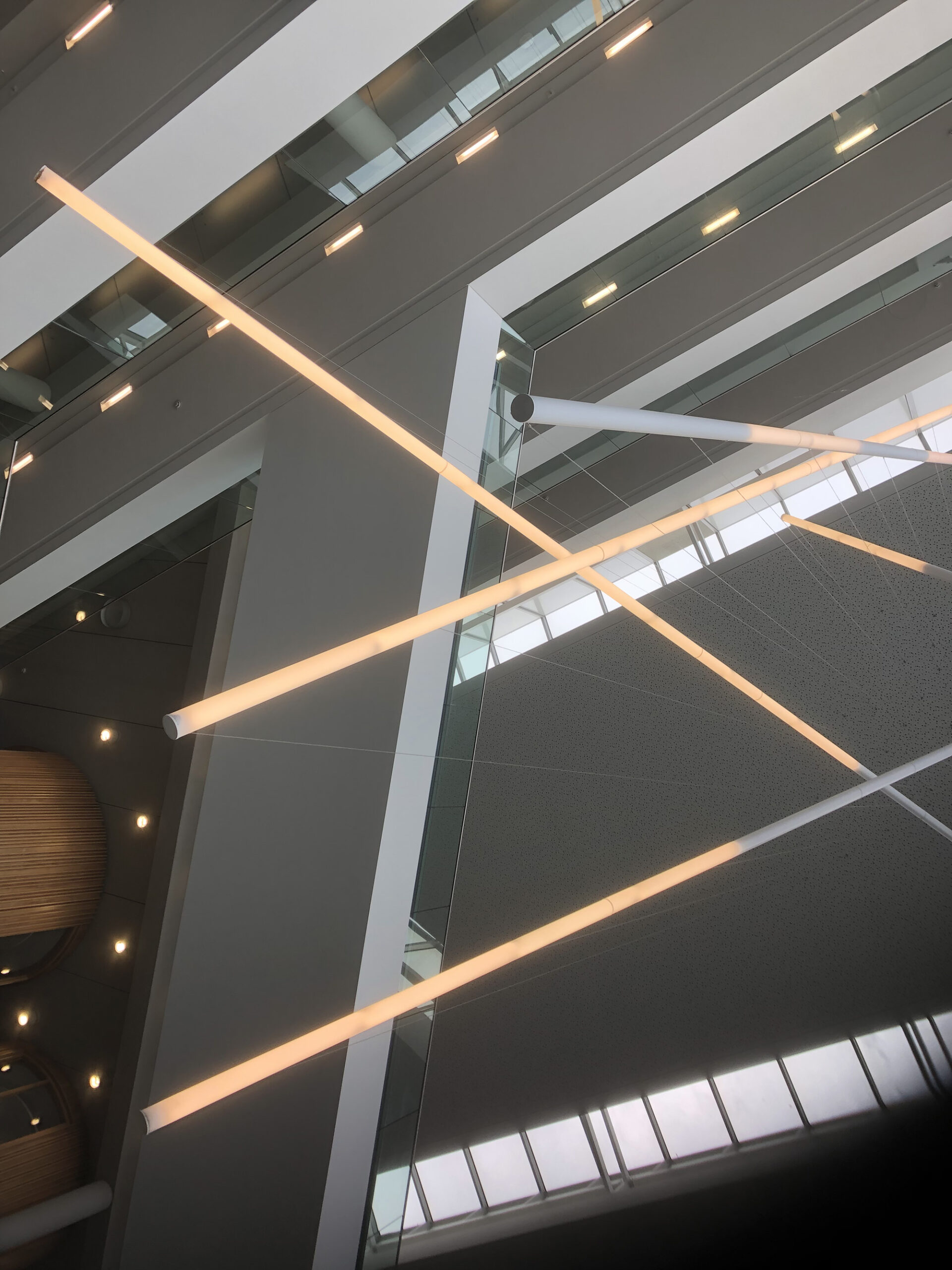 The lighting in the entrance hall consists of five 12 metre suspended linear fluorescent luminaires. The council recognised that the technology enclosed in the luminaires was outdated and failing to provide uniform light distribution, particularly as some of the lengths within the enclosures had failed; for this reason, Steon were approached to explore upgrading the installation.

Rochdale Borough Council were keen to upgrade to an LED solution as the height at which the luminaires were mounted made access and maintenance very costly. As LED technology has a much longer life expectancy this would significantly reduce the maintenance required.

The council expressed that they were satisfied with the overall look of the enclosures, resultantly they chose to pursue a retrofit gear tray solution. A sample segment of the luminaires was made available for Steon’s product design team to assess before 3D visuals were prepared to communicate the intended LED retrofit to the client. Some of the segments that made up the 12-meter lengths also needed to incorporate integral 3-hour emergency function.

Once the approach had been approved the conceptualising and designing of the new gear trays and metalwork commenced. These would mount within the existing enclosures. Steon’s designers came up with a new fastening method for the gear trays and also a quick connect plug-and-socket system for ease of installation.

The new retrofit solution has transformed the entrance way at Number One Riverside. The suspended linear luminaires create a striking impression when you enter the building and have completely elevated the area. The feature lighting now delivers exceptional uniformity and the overall lux levels have seen significant improvement.

With the adoption of the latest LED lighting technologies, maintenance of the luminaires is now negligible, requiring very little attention at all. This is a notable benefit to the council as there are no longer disruptions attributable to the maintenance of the lighting. 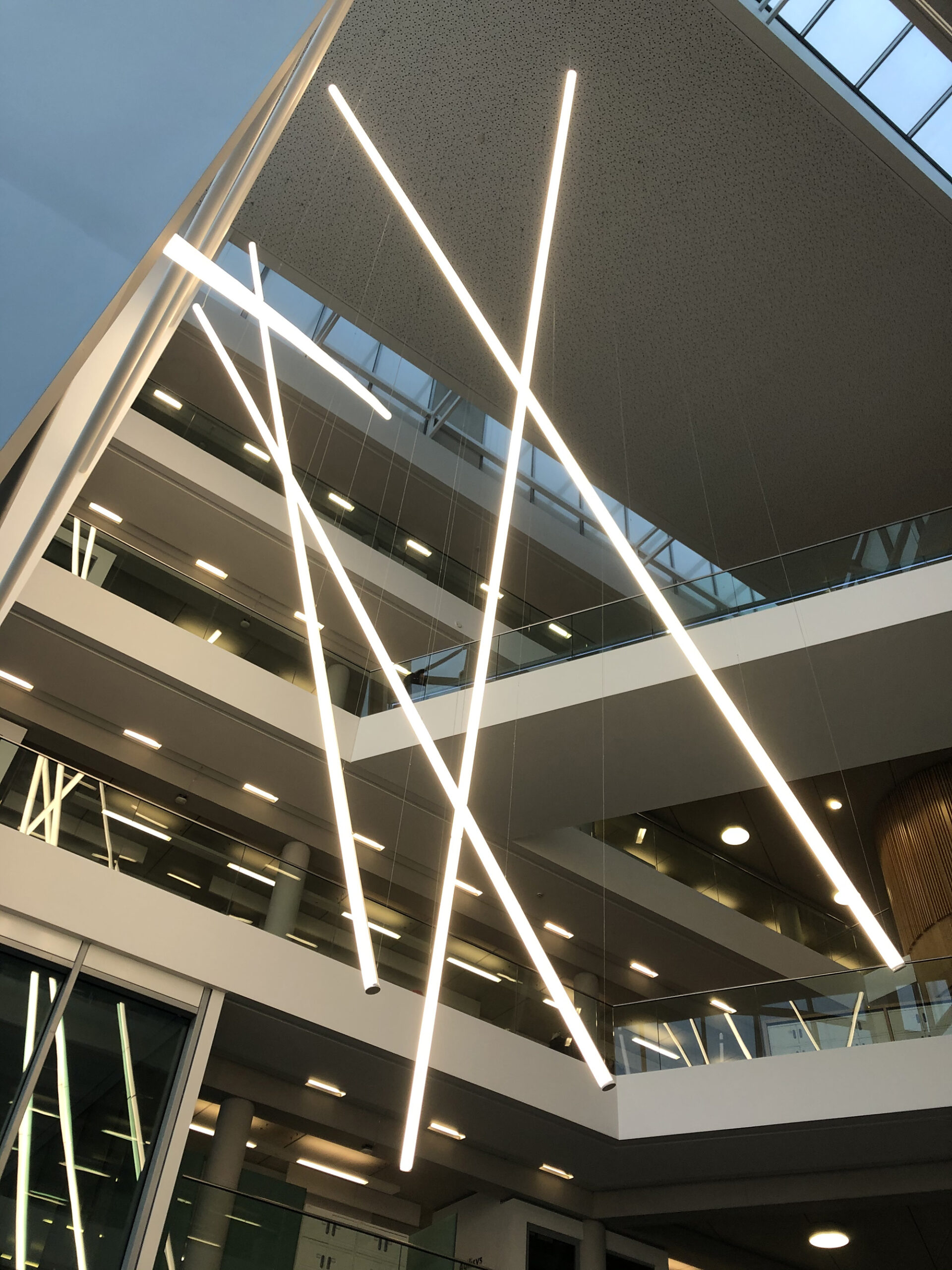 “We have seen a remarkable improvement to the lighting in the central reception hall. We were always satisfied with the style of the luminaires and we were concerned we would have to purchase new luminaires due to increasing frequency of failures. Once we enlisted Steon Lighting we were thrilled to find that we could utilise the existing enclosures and develop a suitable LED gear tray. We have been reassured throughout the project by Steon Lighting with their scientific approach to lighting; providing energy calculations, 3D renders and product concept CAD designs. Now seeing the project finalised we are extremely pleased with the outcome”